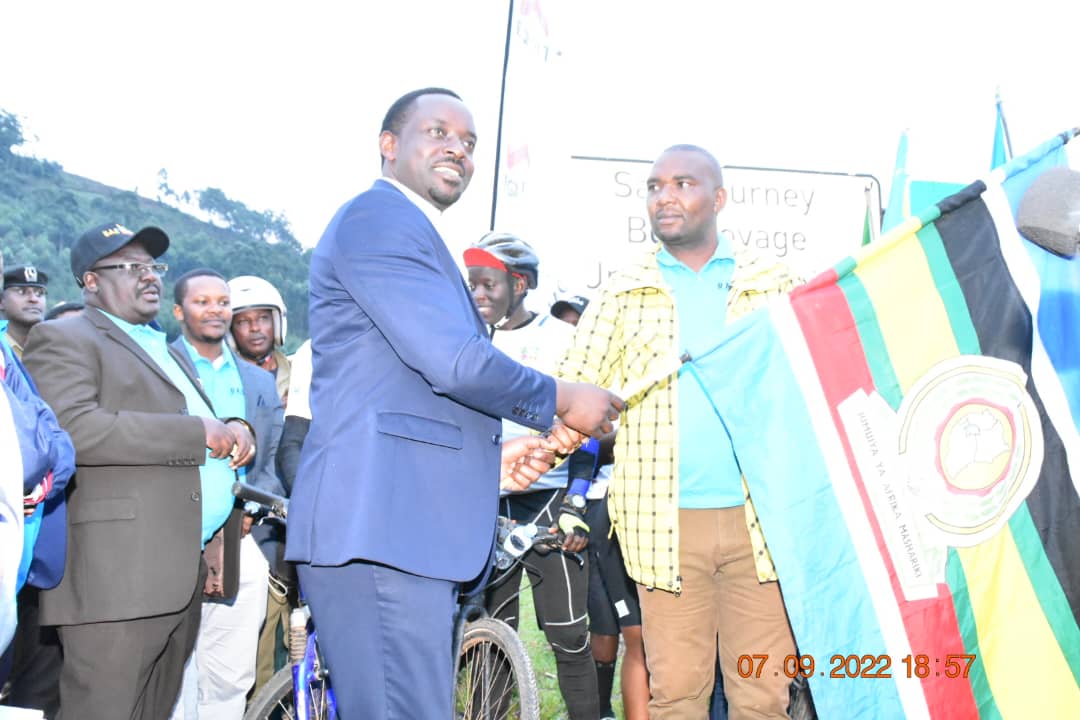 Cyclists of the Great Africa Cyclists Safaris riding across the 7 countries of the East Africa Community with an aim to communicate the EAC Integration, environment conservation, this evening reached Uganda at Katuna boarder through Rwanda.

They were handed over to Uganda by the Mayor of Kigali. To receive them on behalf of of the Permanent Secretary, Ministry of East African Community Affairs Uganda was Dr. Musiime who was accompanied by the RDC, Kabale district, Mayor Katuna municipality, all security agencies in Katuna.

While addressing the gathering on behalf of the Permanent Secretary, Dr. Musiime said that the Ministry of EAC Affairs sensitizes the citizens of Uganda on their roles in the integration process.

The cyclists comprise of 28 riders. The 1stDPM|Minister for East African Community Affairs Uganda Rt.Hon|Dr. Alitwala Rebecca Kadaga-MP is expected to address and flag off the cyclists on 18th|09|22 to proceed to Busia where Uganda will hand them over to the Kenya.